In February 2018 ECOTOP was nominated for the fourth edition of the VIP ANNUAL BALKAN BUSINESS AWARDS 2018 Annual Awards, organized and produced by VIP Public Communication PR.
During the official ceremony, which took place on March 7, 2018 at 20:00 in Sofia, the most significant achievements in the business in Bulgaria were awarded.

In the most active period of the Euro-Presidency in Sofia, the most successful entrepreneurs and industrialists from the Balkans were gathered.
An international jury of experts and journalists gave their assessments of the most significant business achievements in the Balkans.

THE ECOTOP HAS BEEN MADE THE PRIZE IN THE CATEGORY "SUSTAINABLE DEVELOPMENT OF BUSINESS FOR 2018 YEARS". 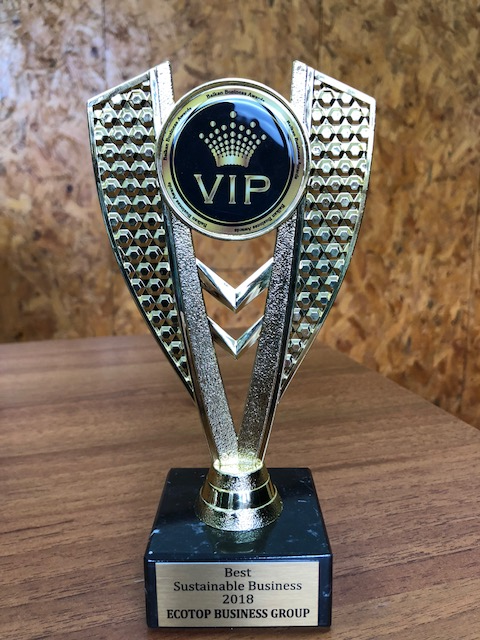